The road in front of us is long, but doable if... (aka What I Know on Family Of a Vet's 5th Birthday) 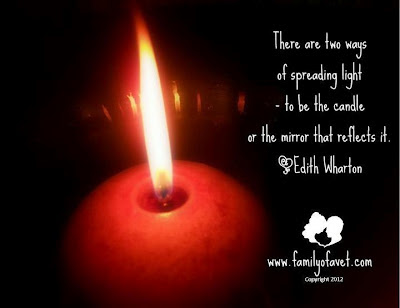 So, this weekend Family Of a Vet is celebrating it's 5th Birthday.  When I sat at my computer at a makeshift desk in the hallway of the small apartment our family lived in during the Summer of 2007 and started a "small website I hoped a few people might find helpful", I had *no* idea what I was doing.  I did, however, know that our family was in big trouble... and that the families out there like ours... families drowning in the face of PTSD (post-traumatic stress disorder), TBI (traumatic brain injury), and Life After Combat™... weren't faring much better.

In the five years since, Family Of a Vet (now often affectionately known as "FOV") has grown from a tiny ten page website into a national non-profit organization that has literally served hundreds of thousands of veterans, spouses, parents, children, siblings, friends, and concerned patriots.  FOV stopped being "me" long ago and is now run by a all volunteer staff and almost 400 volunteers who are scattered around the world (46 states, 5 countries at last count).  We are the largest non-profit in the country addressing the "family side" of PTSD and TBI.  We are growing faster than most of us "original FOV'ers" can track the majority of days.  It's been a wild ride... and the reason for that is not because we're some super stars at marketing or promotion... but simply because the need is so great (and constantly increasing).

We had planned during a staff call in January to make a big deal out of our 5th Birthday.  We were going to spend the month kicking "grass" - doing wonderful promotions, rolling out several new education packets, launching a new section of our website.  Instead, the birthday has passed with a barely a blip... not because we're not excited or because we've forgotten... but simply because the ever increasing workload and sheer numbers of heroes and families in trouble have taken first "dibs". (Which, of course, is the way it should and will always be.)

So, here's what I know about the next five years... the next ten... the decades to come... for these warriors and loved ones living with the most common injuries sustained in Iraq and Afghanistan (PTSD and TBI)...

We're going to have to keep putting ourselves on the frontlines of "fixing" this ourselves.

No one knows the hearts and needs of our families and heroes like we do.  While we need (and monumentally appreciate!) the help and aid of those "outside" our community who try to step in and do what they can, in the broken places where the "rubber meets the road", we're the ones who *get* ourselves and others like us.  We HAVE TO continue to step up, speak out, and effectively explain what we need.  We CANNOT let ourselves hide our struggles, our brokenness, or the not-so-pretty things these invisible injuries are doing to the fabric of our homes.  It can be as uncomfortable as hell to let people who don't live in this "life after combat" with us see into our dark places, but without those glimpses (and the understanding they bring), nothing is going to get better.  We are our own best advocates.

Our children are paying hefty prices, too, which are often being ignored.

Our children, like the children of Vietnam Veterans, and the issues they're developing as part of this confusing post-combat world, are being largely ignored.  No one is quite sure what to do about their anger, their sadness, their "behaviorial" issues.  Very few want to recognize that this young generation of heroes is raising a generation of "little heroes"... many of whom are already developing Secondary PTSD.

Our family has spent the last week in the center of what has been jokingly called a "grand experiment"... 2 PTSD/TBI families, with four children between us, living under one roof.  Our house is full to over-flowing with PTSD and Secondary PTSD.  There are little ones with sound "issues", a pre-teen with marked challenges with crowds, nightly nightmares (and not just the ones stemming from the Veteran in the house).  It's a Russian Roulette of mental health state... "Ok, you're the calmer parent right now, you're in charge"... "This child is having the hardest time at the moment, we need to figure out a way to get him/her some time alone"... etc, etc, etc.  In many ways it's undeniably comfortable as we all "get it", and in many ways it's a tiny microscopic look into our community as a whole - a look at the undeniable impact and cost of war - and a scary look at the decades to come if we don't start also effectively helping our children.
Too many of our heroes aren't getting better... a lot are getting worse... and we better figure out this PTSD/TBI Combo FAST.

I'm sort of an "old hat" at this world by now.  Many of the families and veterans I work with are people that I've literally been working with for almost half a decade.  I know their stories.  I know their struggles.  I've talked with them hundreds - sometimes thousands - of hours.  Heck, my six year old can pick out on a United States map where many of them live because they've become part of our family's daily life.

There are many gifts that come with that kind of shared history... but in the last 12 - 24 months, there's also a scary picture that has started to emerge.

Many of these families that had been on "stable PTSD footing" (aka as stable as it gets in our sometimes very unstable worlds), have gone majorly downhill recently.  And, those "downhill moments" have been something akin to PTSD on a few tons of steroids.

I will tell you that because of our "experience" in this world, FOV was talking about the prevalence of PTSD and TBI occurring together years ago before there were any "official" stats (now, there are statistics that put the chances of PTSD and TBI occurring together in a Veteran of Iraq or Afghanistan in the 80% range).  I don't say that as any sort of "wow, aren't we so wonderful", but more as a point that because this IS what we do 24 x 7... working with PTSD and TBI and the families and heroes they impact around the country and on bases throughout the globe... we tend to "see" things that start to be a trend.

And, I'm telling you that we're seeing a lot of these heroes getting worse.  Speculation is that it's Chronic Traumatic Encephalopathy (CTE), and I believe (in my "lay" opinion) that's probably accurate.  But, whatever it is, we have GOT to continue to educate ourselves and push relentlessly for treatment options.  Our heroes (and those of us who love them) deserve it.

As caregivers we've got to do a better job of taking care of ourselves... it's a marathon, NOT a sprint.

I'll be the first to say I truly suck at this.  But, as the time is marching on (I've been a caregiver to my own dear hero for a little over 6 years now), I'm working more and more on it.  I know that I've got decades stretching in front of me - years of nights that are too short, days that are often waaaaaay to filled with stress, and endless juggling of a million different needs and responsibilities.  I also know that a lot of my household hinges on me (and it does for many caregivers).  If I'm physically sick or if I run myself into the ground mentally and have to go vacation in a padded room, things for my hero and child are going to go downhill pretty "darn" fast.

We have to breathe.  We have to sleep when we can.  We have to know it's OKAY to take time for ourselves... to be (gulp) selfish enough to say "it's my turn right now".  We have to be willing to place as much importance on our own health (physical AND mental) as we do for the health of those we spend our days and nights caring for.  If we don't, this is SOOOOO not going to be sustainable.

When it comes down to it, we CAN do this.  Here's why.

There's something I've come to know in my past almost 7 years as the wife of a Veteran... and in the 5 years before that as a proud Army wife... but it's something I am still continually and deeply amazed by.

In many ways our segment of the population has been broken in the past 10+ years of war. Our heroes and families have paid heavy prices. BUT every day I am amazed by the strength, solidarity, and beauty expressed in that brokenness.

It's hero helping hero... spouse reaching out to spouse... mother comforting mother... it's "older" Veteran helping "younger" Veteran find his or her way. It is people continually pushing past their own hardships (some of which are monumental) to reach a hand out and help a brother or sister find their feet again.

It is a beautiful, amazing, deeply moving dance that so few get the privilege to see.

I'm here to say that while we may be broken we will never be defeated for one simple reason... our hearts for one another beat too strong.

So, here's to five years... and to many more.  Here's to all who are part of our "dance" at Family Of a Vet.  Thank you for being part of what we do.  For your work, your prayers, your support, your encouragement and love, I can't begin to ever say "thank you" enough.

Brannan Vines
Proud wife of an OIF Veteran
Founder of FamilyOfaVet.com - an organization dedicated to helping heroes and their loved ones survive and thrive after combat with real world info about PTSD, TBI, and Life After Combat!

Email ThisBlogThis!Share to TwitterShare to FacebookShare to Pinterest
Labels: Brannan Vines, Family Of a Vet