Monday Momisms: The Pros and Cons of Loving a Combat Veteran 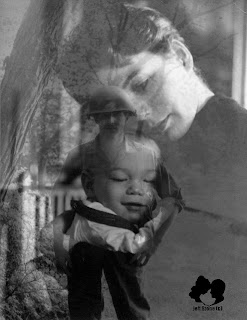 In 2001, my son wanted to join the Army.  He even tried to get me to sign the papers when he was seventeen, because he would not be able to sign on his own until his birthday at the end of June.  I thought about it, I even went to the recruiter’s office and had the pen in my hand.  Then for some reason, I looked at the recruiter and asked “What if there’s a war?”  The recruiter assured me there was no reason to believe that.  I could see his point.  I had been an Air Force wife and although Desert Storm had occurred, it really hadn’t affected us personally.  Still, I looked at my son and said “I’m sorry.  I just can’t.  If something happened to you because I signed this, I would never forgive myself.”

This was in May.  On his 18th birthday weeks later, he enlisted and was soon notified he would be going to basic October 1.  He had dreams of becoming either a history teacher or a police officer.  The morning of 9/11, however, changed everything, for the country, for our family, for him.

My son did not hesitate.  He insisted being in the Army was more important than ever in order to defend his country, his younger siblings and me, the luckiest mom in the world to have these three young people in my life.  What he was about to experience, what we all were, was far different from being the spouse and children of an Air Force sergeant.  I was about to become the mom of a combat soldier.

One of the absolute greatest “pros” of this is most definitely pride.  One of the biggest “cons” is fear.  Even after combat, the pros are still there.  However, unfortunately, so are the cons.

Think about this: if a wonderful young man went to war who had never once had so much as a traffic ticket, was so proud of his hometown he brought comrades home some weekends with him to see it and meet the family he spoke of with love and pride, had half a dozen girls chasing him but was ethical enough to refuse to have anything to do with the ones his friends and cousins liked except as a friend, was protective and loving over his mom, little sister and younger brother and had dreams of helping others, that says something, right?

Okay, now think about this: when someone returns from combat acting completely different, pacing constantly, having nightmares, mood swings, withdrawn and does things you never would have believed he would have, it tells you as loud as possible: hello, something isn’t right here.

To this day, the pros of loving my combat veteran son do outweigh the cons, even if they are fewer in number.  Take a balancing scale: you put the cons in and it immediately hits close to the ground.  You put one thing, the only thing sometimes that you have left on the pro side, love, on the other scale and it will bring that balance back and then some.

Every day I live a life of pros and cons, wondering what the day will bring.  The only constant in my life regarding my combat veteran son, is I still love him and I still have pride in the young man who never hesitated to defend his country.  I have lost pride in how he and his comrades are looked at and treated, ironically by some who never walked in his shoes yet knew him before combat.  When I balance that scale?  Definitely not a contest: I would take him over those who put him and other combat veterans down any day.
Posted by A Southern Girl's Stand at 2:48 PM