Dancing in the laundry room... finding romance even in Life After Combat 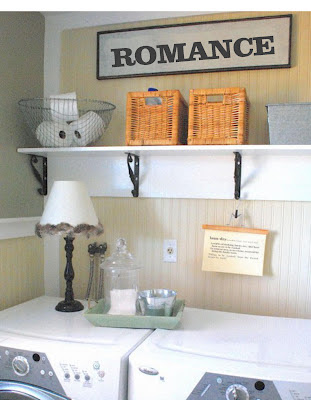 So, for those of you who follow my updates, you've probably noticed that our family has been in a really yucky place lately.  It's been our "PTSD on SUPER DUPER steroids" time of year, that thanks to a bunch of anniversary dates clustered all together for about 6 months means that our fall and winter each year are... uhm... we'll go with "interesting" (and those of you who live in this "world" will TOTALLY get that).

But two nights ago I was doing my normal nightly running around like crazy to get laundry and school bags and lunches ready for the next day when the hubby found me in the laundry room.  To the sound of the running washing machine, the "thump, thump, thump" of tennis shoes in the dryer, and the not so romantic smell of the kitty litter box, he held me for a moment and rocked me back and forth... and we danced.  It lasted maybe 30 seconds... a brief moment in the middle of a chaotic day and a difficult week... but a brief moment that I've stored in my heart.  A light in the darkness.

I find in living this life that holding on to those moments is one of my most important coping mechanisms.  I could have pulled away... thought of all the "stuff" that had been said (or yelled) in the preceding days and weeks and months... I could have held on to the hurt and anger... I could have rightly (at least by some standards) still been not "okay" enough to give in and enjoy that moment.  But, if I had made that choice, I would have been on the loosing end.  Because, I tell you honestly, in the most unlikely place, we found a bit of romance... a bit of connection.

And, not only would I have lost, but my husband would have also.  In his PTSD/TBI world, that 30 seconds was a big effort.  It was him reaching out, showing his heart, and offering up his emotions.  And, if I had shut him down, there's no telling how far I would have pushed down and away the glimmer that was trying to work it's way out.

So, here's me saying that romance in Life After Combat isn't easy and that it often appears in the most unlikely places.  And, this is also me hoping that we all remember to keep setting aside the "stuff" so it has a place to grow where it can.

((HUGS)) as always,
Brannan Vines
Proud wife of an OIF Veteran
Founder of FamilyOfaVet.com - an organization dedicated to helping heroes and their loved ones survive and thrive after combat with real world info about PTSD, TBI, and more!
Posted by Family Of a Vet at 9:06 PM

Email ThisBlogThis!Share to TwitterShare to FacebookShare to Pinterest
Labels: Brannan Vines, Caregivers, From a Wife, intimacy, Marriage, PTSD, PTSD and Intimacy, Spouse of a Vet