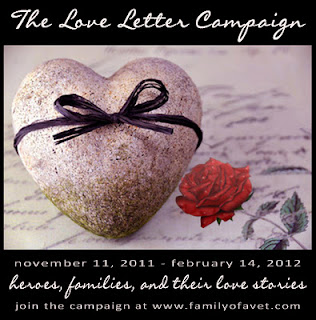 I remember watching you from across the room at the Rhinebeck - Rheinbach Exchange choir practice seven (how has it been that long already?!) years ago. I couldn’t pinpoint what it was at the time, but there was something different about you than any guy I had ever dated. I tried to shrug it off and we went on with those months of practice; visiting Germany together and then getting caught in the rain at the penguin exhibit at the Cologne Zoo. That is a moment in time I never want to forget. Because at that moment, I knew my feelings for you were stronger than I realized. Then I left for college and you joined the Army a year later.

We had other relationships, and it wasn’t until you deployed to Ramadi in 2006 that we reconnected. I’ve never told you this, but I couldn’t get over how special I felt knowing that I was one of the chosen people you wanted to talk to in between those intense missions. To feel like I could at least make you smile for a moment in the midst of all of that chaos was so important to me. And then when you came home. . .

. . . seeing you come out of the train station in that snowstorm was one of the happiest moments of my life. We had two of the best weeks when you were on leave. Saying “see you later” and sending you off to Germany was heartbreaking, but when you surprised me by flying me out to visit you and taking me back to Cologne, where it all began -- that’s when I knew we would always be together.

We had such a honeymoon relationship that first long-distance year. We had no idea what was in store for us, with your PTSD and TBI diagnoses not on our radar. It was a total life changing moment in February 2008 when I flew out to Ft. Lewis to move in with you. We were CRAZY for doing that, by the way! But, we were crazy for each other and somehow we got through it!

Then reality set in and we realized we had a long, hard road to go down. We have been through SO much. There have been so many times where we felt like our little world was falling apart and that the PTSD and the TBI were going to beat us. I know there have been more times than you want to think about where you just wanted to scream, cry, to give up, to not worry about anything and to shut down. I know sometimes I have pushed and prodded and nagged you about getting treatment, or taking your medication, or about you forgetting something that was important -- I know you get annoyed with me. I know I get annoyed with you, too.

But, I know that you are TRYING.

And even though sometimes we feel like we will never get ahead of this, the best is yet to come. We have so much to look forward to in the next 5, 10, 25 years. You are working so hard to provide for us. And at the end of the day, you come home and ask me how my day went; you support me when I am stressed, anxious, and scared about what the future holds. You help pick me up and feel confident about myself when so often I feel self-conscious and not good enough. You are my rock, my foundation.

You have come SO far, babe. More than any words I could say or any look I could give you to express just how far you have come. And I am just so damn proud of you and the person you are today. I am so proud to be your friend, your partner in life, and your “one true love.”

Submitted by LeAnn Bradshaw-Mueller, wife of an Army Combat Medic and OIF Veteran


This blog post is part of The Love Letter Campaign... a project started by FamilyOfaVet.com to encourage those who love a hero to write a letter sharing their story (where they started, what they've faced together, and why their love endures). It's not just for spouses, but also for parents, siblings, caregivers, and friends. It's about telling the "rest" of our stories... stories that continue despite PTSD, TBI, and the challenges of life after combat. To share your love letter or find out more about the campaign, visithttp://www.familyofavet.com/love_letters.html.
Posted by A Southern Girl's Stand at 11:17 PM