"My Husband Left Me Today"... and why that's not such an uncommon phrase in a world with PTSD & TBI. 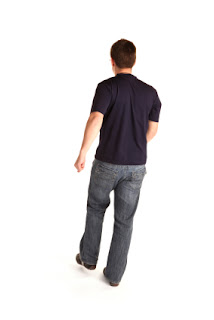 So, my husband left me tonight. It's the third time in the last three years he's done so. It wasn't a huge fight. I don't really have it in me to have huge fights anymore. And really in our PTSD/TBI world it doesn't take many words for a few things to be w-a-y misunderstood and for things to take a seriously wrong turn. So, short fight, husband gone, says he'll be back tomorrow to get the rest of his "stuff" (obviously not the word he used).

At this point I'm sort of numb. Sometime tonight I may cry, but honestly I probably won't. Not because I'm not hurting and raw and in an incredible amount of pain... but because I know from experience if I ever started just how hard it would be to stop. So, it's easier to just not. Not to go there... not to feel that... not to let myself fall into that pit with no bottom. (And, yep, I get that that's not the "healthy" response... but right now I'm in survival mode... promise to worry about healthy responses later.)

Another sort of odd thing occurred to me tonight. I called a few friends after he left (all fellow Veteran wives who live this PTSD/TBI life everyday, too) and said, "So, apparently my husband just left me." And each one of them said the same thing I know... been there, done that... actually, been there a few times.

Don't get me wrong. It doesn't make tonight any easier. The fact that my husband has "left" me two other times before this in the last few years (once for two weeks, once for two days) doesn't stop the gnawing in my gut that's terrified that this really is the end of our life together. But, it is sort of odd and sad and (sarcastically) funny that it's perfectly "normal" in this world for me to calling and saying that my husband just left me.

It's not shocking. It's not met with a gasp of surprise. It's just met with a sort of acknowledgment that it absolutely sucks... but it happens in our world... and hopefully after his PTSD fueled rage ignited by a TBI induced complete misunderstanding of a conversation is over, that things will simmer down to a more normal level of boiling (let's face it, in our world's the stove's eye is never actually off). There's really not a lot to do but wait it out. How freaking crazy is that?

It's also crazy that while I'm hurt and sad and mad and numb and confused and reeling that I also just really wish we could fast forward and get this over with. I know (or at least hope... really hope... because there have been Veterans that never come back) that our track record is that he will come back, that our marriage is strong enough, the our love is strong enough, and that we're both too stubborn to let our lives fall apart (even when PTSD and TBI are doing their best to defeat us). So, I wish I could just fast forward... skip this part... skip the pain, and hurt, and feelings of betrayal and abandonment, and uncertainty... and just have him back here with me. I want to be able to reach over when I can't sleep and find his hand. I want to be able to share those little meaningless things that "old married" people do. I miss those things... and am most terrified at the prospect of loosing them... when he leaves like this. I guess that sounds really weird to a lot of people? It's not like I'm ignoring what just happened... and there's definitely some "discussion" and work there to do... but I just want to get there and forget this part.

So, here I sit, typing and trying to process... trying to figure out how to answer the questions from our child over the next few days... trying to figure out how to sidestep several other situations that will undoubtedly be uncomfortable... doing damage control... ignoring my feelings (have you ever noticed Veteran wives often rock at that)... analyzing which of the hubby's care providers I need to call tomorrow... wishing, hoping, praying, and needing for this just to be over... and finding strange comfort (as always) in the knowledge that I'm not "the only" one who has faced this.

We sometimes live screwed up lives, there's no doubt about that. It's a good thing that the pay-off is those lives often transform us into individuals who are much stronger, resilient, and stubborn than we would have ever imagined possible.

I'm adding this song here because it's a song I listen to a lot in this life... but it especially means a great deal on dark days like this. Thought it might be helpful to someone else, too.

Posted by Sydney Morgan at 7:54 PM

Email ThisBlogThis!Share to TwitterShare to FacebookShare to Pinterest
Labels: Family, Marriage, PTSD, Spouse of a Vet