The story of a hero who lost his battle with PTSD... in his own words

A Story from a True American Hero that lost his Battle with PTSD
Despite his Sincere Desire to Get Better
Written August 28, 2011  Deceased September 4, 2011 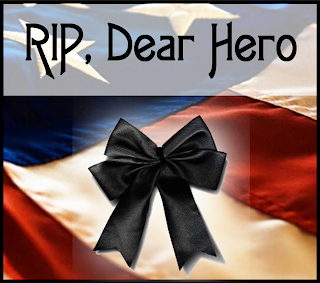 This story was written by a hero who recently lost his battle with PTSD.  He wrote it to submit with his application materials for the TRACK program for Veterans.  This hero had a goal to get better and then reach and and help other veterans through their struggles, and his family is sharing it to help him fulfill that dream even now.

Rest in peace, dear hero, and our sincere condolences and heartfelt prayers for peace to those who loved him.  Please do your part to share his story and fulfill his dream.  This HAS to stop happening.  Our heroes deserve to LIVE and they deserve the treatment, help, support, and unwavering commitment from each of us to do WHATEVER it takes to not only save them but to help them find their way.

Here is his story (note: names have been removed to protect the privacy of those concerned):

When I look at what where I am in life on this day. I would never believe that I would be where I am. I am 26 years old, I suffer from Post Traumatic Stress Disorder, I am constantly in pain, and I realized that I have a very limited support system. All it took was one day to change the course of my life.

On January 17, 2006, I was directly engaged by an IED. I sustained a gunshot wound, shrapnel to my legs and head, a lower back injury, and a head injury. That was a day that would change my life forever. After being wounded, another soldier and I drug an Iraqi interpreter and set up a casualty collection point to tend to our wounded. That was the third week of my one year-long deployment. I was evacuated to the 10th CSH in Baghdad, Iraq. After I was treated for my injuries, I received a black backpack that said Wounded Warrior Project on it. I found clothes that I could wear and personal hygiene items I could use in that black backpack.

After healing up for a few months, I finally got a green light from my doctor to go back out and fight the fight.  On my second patrol after healing from my injuries, my convoy was attacked again by another IED. I started to really think that I was not going to come out of this alive. The days, weeks, and months slowly passed by while I was participating on kinetic operations. My mind was playing tricks on me and I soon realized I was becoming emotionally numb to act as a defense mechanism from my combat experiences. There were many great men killed in our unit that year. I kept on questioning why I had survived and others had died. I went back to Iraq for another deployment 16 months later.

I started noticing some serious changes in my life after my second deployment. My sleep was restless and nightmares had replaced my dreams. Anger replaced happiness while hatred replaced love and my marriage was crumbling right before my eyes. I soon understood that the biggest fight of my life wasn’t in combat, it was right here in America.

I have attempted school and keep striving to better myself; however, it is easier said than done. My marriage was unable to be salvaged due to my condition. I was diagnosed with Post Traumatic Stress Disorder from the V.A. in May of 2010. I have had a very hard time connecting with people because of my non-veteran friendly community. There aren’t very many veterans that have been to combat around my community. I have had to turn to alcohol to cope with anxiety, mood, and sleep problems. I would love to connect with a group of veterans who have been through very similar situations as myself and talk to them. I have a small support system that is working hard to push for what is in my best interests regarding my federal benefits. It has been very difficult for me to navigate the system and if it wasn’t for David Lewis, an Air Force Recovery Care Coordinator, I think I would have fallen through the cracks.

In July of 2010, I applied for a PTSD program run through the VA in Topeka, KS. I wanted to get into a program where I would feel engagement by other vets and seek guidance through them.  My cards eventually didn’t fall how I wanted them to due to the fact that it took months for the V.A. to take a glance over my application. Once they saw I had upcoming court dates for a divorce, they marked over the application with red pen and sent it back to me via mail three months later. I think that the Topeka, Ks, program wasn’t for me.  I shouldn’t have to feel locked down and punished for being wounded. After talking to xxxx throughout his healing process, he said a lot of the programs were somewhat beneficial, but not what he actually needed. After getting accepted to TRACK, he said this program is looking very optimistic. After a phone call this weekend, he said this program is changing his life and is life changing. We were wounded in the same truck together and after five long years of being wounded, I think it is time that we get better together. Strength is in numbers! It has been a rough road for him and for the first time in five years, he actually sounds happy and is very optimistic about something.

These past few years have been the most difficult years in my entire life. Iraq is much easier than daily life because I could always engage the enemy rather than having to deal with issues with a divorce, maintain a healthy sleep schedule and relationships. I would love to have a big support system that I feel I can talk to openly and freely on a regular basis. I would love to participate in a teamwork mentality and feel like I am being engaged in academic and spiritual activities.  My morale has taken a severe beating after my service in Iraq and I would really love to get that back. I need to find the new me after my injuries and find a way I can cope through my healing process. Right now I feel like I am being left behind, when I haven’t left my fallen comrades behind.  XXXXX stated, “ Man, this program is better than any medication the V.A. will give you.”  When those words came out of his mouth, it gave me hope and inspired me that I can get better and that this is just another phase in my life.
Posted by Family Of a Vet at 10:51 AM