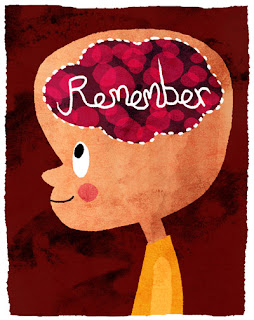 So, by now most of you know that I tend to ramble about the things going on in our little part of PTSD/TBI "world".  I never know whether my musings are helpful, but always hope so... that they'll reach out to some other struggling veteran's wife out there and help her remember that she's ABSOLUTELY NOT ALONE!

My hubby and I went out of town for two days at the end of last week.  Now, most people who live with a veteran who has PTSD (post-traumatic stress disorder) and/or TBI (traumatic brain injury) know that ANYTHING out of the ordinary can be a disaster.  Heck, I not only personally "know" it at this point... I talk to people about it on a regular basis.  But, still, even though it was a short trip and was mostly related to FamilyOfaVet.com "business" (a conference on assistive technologies for those with disabilities like TBI), I was excited to get the time away... just my dear husband and I.

At least I WAS excited until I went to wake him up on Thursday morning.  I thought I had done everything right... made sure he took meds the night before... that he'd had plenty of sleep... had done my best to keep the days before as stress free as possible... had reviewed and re-reviewed the schedule and route with him to make sure he felt totally prepared.  But, as I tapped his feet (a PTSD wife trick, always stay clear of the "swing range" when waking a veteran with PTSD!) and in my best calm, sweet "wifey" voice told him it was time to get up, he answered with a growl and a long chain of expletives.  Oh, CRAP!

Now, I won't go into the moment by moment account, but the next 90 minutes were pure HELL - screaming, yelling, crying (mine), and me trying (in vain) to remind myself that I was going head-to-head not with my dear husband, but with the freaking PTSD... the PTSD that had him completely wound up that he was going somewhere outside of his comfort zone.  Truthfully, though, even with all of my "expertise" he was able to push my buttons and crush my feelings all at once.  "Don't you get it?"  I kept pleading, "I'm looking forward to this!"

We did, finally, make it out of the house (incredibly late of course!) and for the next few hours as we drove, barely a word was said between us.  It was some eight hours later before the PTSD haze finally started to lift and we started making small talk.  It was almost 30 hours later before we were reasonably "normal."

But, here's the thing.  During that time, I was giving him time to work through things, but I was pretty much okay.  And, I've finally reached the point that instead of being pissed, angry and hurt about the time together we had lost because of stupid, STUPID PTSD, once things settled down, I enjoyed the time we had left.  The last few hours in the town we were visiting and the drive home were fun.  Instead of pouting and thinking about everything we'd missed, I REMEMBERED TO LET IT GO.  It's not something I did from a place of weakness, but instead because I made the CHOICE to not let PTSD rob me of the time we had left on our "vacation."  My choice wasn't about him - about placating him, or "fixing" him or letting him off the hook - it was about me and about us and about what I want for my marriage (despite PTSD).

So, I guess what I'm saying, is that I'm getting to a point where I'm coping with PTSD from a place of strength... and not just from desperation.  It's taken me almost 4 and a half years to get here, but it's possible.  And, I feel like that's something worth sharing!  If you had told me even 18 months ago that I'd be getting to this place... a place where PTSD-induced rages didn't shake me to the core and destroy me for days... I would have laughed (and then probably cried).

It's doable.  We CAN do this.  This stupid PTSD doesn't have to rob us.  We don't have to just "grin and bare" it.  It doesn't have to be about dying inside, it can be, instead, about learning to live a different way.

Brannan Vines
Proud wife of an OIF Veteran
Founder of FamilyOfaVet.com - an organization dedicated to helping heroes and their loved ones survive and thrive after combat with real world info about PTSD, TBI, and more!
Posted by Family Of a Vet at 12:13 AM