My Two Cents About the Shutdown

Maybe I should pass those two cents along to a military family... wouldn't help much... but at least I'd be doing more than Congress.

*Please note the following is personal opinion. Some will agree, others will not. And that's okay. After all, my right to speak up is part of what my husband fought for, right? This is not an "official" FamilyOfaVet.com comment.*

For the past few days, in my head, I've been lecturing the members of Congress, our President, and pretty much everyone in charge. I've really let them have it! And now, I can't help but share my soapbox ramblings with the worldwide web. They will probably never reach the ears of those to whom they were intended... and if they did, would not illicit a change... but, hey, at this point they're worth saying anyway.

As many of you know, I'm the founder of FamilyOfaVet.com... a site dedicated to helping heroes and their loved ones cope with the aftermath of combat. One of the reasons I started this site was because, as an Army wife, I developed a heart for the people of our Armed Forces. I developed an undying, unchanging devotion to their collective good. For those of you who ask why, I will say simply this - if you have ever watched the agony and bravery that are required of our troops and families when faced by months of deployments... days that always end with an ache buried deep inside which begs to know if you'll ever see those you love again... yet always waking the next day, setting aside your feelings and carrying on for the good of your nation, for a purpose larger than your own desperate need to touch the one who holds your heart - then you, too, would share my devotion.

To my complete shame and disgust, however, those who are charged with leading and caring for these selfless men, women, and children, not only fail to share my devotion BUT are n 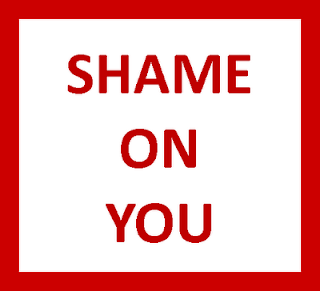 ow using them as pawns. That may sound like a strong accusation to make, but here is my reasoning...

Weeks ago, members of the Senate knew that this shutdown was a possibility. Comments began surfacing in the press. Rumors began to circulate about military pay being affected. If our leaders truly cared about those in uniform, they would have made sure at this point to set aside those fears. They would have quickly and quietly passed legislation to make sure - no matter what - our military was paid. Several have argued that they did not do this because they feared people would panic... that this step would have made people think that the Senators had no confidence in coming to an agreement. I think this argument is bull sh**.

First, several weeks ago, this was barely a news story. There would have been very little said about the bill. And, IF anything was mentioned, they could have simply explained that in the interest of the safety of the men and women serving in harms way, they wanted to make sure their actions did not cause any possible concern or distraction. It would have been a win-win and the whole thing would have been forgotten by the next news cycle. But, they missed this chance.

Then, a week ago, when reports about a pending military pay shortage started hitting news outlets and the internet on an almost hourly basis, they had another opportunity to do the right thing. Did they make the choice to safeguard our troops? Nope.

Then, finally, yesterday someone comes to their senses and introduces a bill to protect military pay no matter what happens. Now, at this point, let me say I realize the lawmaking process has required steps... and each of those steps takes time. But, let's face it, we also know that if a group has enough power (say a group made up of the leaders of the United States), if they really wanted to quickly get something through and get back to figuring out the issues surrounding the shutdown, they could. At least they could if they weren't too busy having a pissing contest.

So, now here we are. It's one hour before midnight in Washington, DC. It's 0600 (also known as 6:00am) in Baghdad. While politicians continue playing games, there's a soldier getting ready to go on patrol. His mind should be focused solely on his mission... watching for snipers... scanning for possible IED's. His only thought should be staying alive until the end of the day so that the family waiting with a stone of worry in their stomach (the same one that's been there for all of the month's since he left) doesn't wake up to a casualty officer at their door. But, instead, thanks to our great leaders, he's also worrying about how his wife is going to pay their bills next week... about how his children will have enough food on the table... about whether or not this will further strain his already hanging-by-a-thread-from-too-many-deployments marriage.

So thanks Mr. President. Thank you U.S. Congress. Thank you for using those whose lifeblood pays for your freedom as pawns in your political battle. Thanks for not putting them first. Thanks for adding to their (already over the top) stress. Thanks for giving our heroes reason to worry. Thanks for playing games... for not working together... for screwing up again, but this time in a way that could cost lives. Thanks. Thanks for nothing.
Posted by Family Of a Vet at 9:33 PM